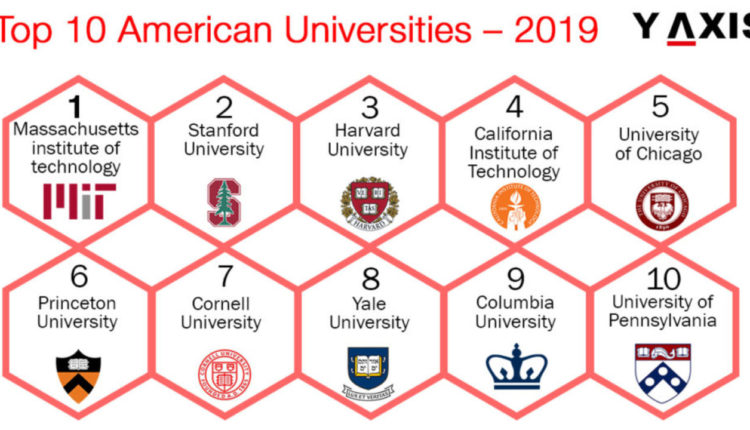 Massachusetts Institute of Technology (MIT) is not only among top 10 universities in US, But also now been ranked first in the world for four years in a row.

Purpose of MIT community: “To make a better world through education, research, and innovation”.

MIT is an American university where their graduates have invented fundamental technologies, launched new industries, and created millions of American jobs. It is also a global university which is founded in 1861. The motto of MIT is “Mens et manus” which means “Mind and hand”. MIT is located at Cambridge, MA USA. It’s size is  166 acres (0.67 km2). However as MIT says there mission is to advance the knowledge while educating there students. Students education will be done in the fields of science and technology. The corporation is the MIT’s board of trustees. IT consists of 73 leaders in the fields of engineering, science, industry, education and professionals in other areas.The president of MIT is L. Rafael Reif,  17th president, July 2012 – present.

MIT has 30 departments across five schools and one college. Following are the 5 schools of MIT;

Harvard University is ranked second in the world overall. Harvard is one of the oldest institution of higher education in the United States, which have been established in 1636. It is based in Cambridge and Boston, Massachusetts. It has enrollment of over 20,000 degree candidates, including undergraduate, graduate, and professional students. Harvard has the one of the biggest alumni in the world and it is around 360,000. The Harvard University has twelve degree-granting Schools. Other than these twelve schools, it has Radcliffe Institute for Advanced Study. Hence the Harvard university offers a true global education. Following are the degree-granting Schools in Harvard University;

The eleventh president of Stanford University is Marc Tessier Lavigne. He became the president of the university on September 1, 2016. The thirteenth provost or the chief in academic and budgetary officer is Persis Drell. Sanford University has eighteen academic schools. There are schools for Humanities and Sciences with twenty seven departments. Also a Engineering school with 9 departments and a school for Earth, Energy & Environmental Sciences with four departments. These schools have both graduate and undergraduate programs. But some schools like Law, Medicine, Education and Business schools only have graduate programs only,

The California Institute of Technology (Caltech) is ranked as the  fifth best University in the world . It has around 2,200 students. Also it is the smallest of these top US universities. But it is highly respected for its research in science and engineering. The California Institute of Technology or the Caltech is an independent university but it is  privately supported. The size of the Caltech is about 124 acre and it is located in Pasadena, California. Also the university was able to won 39 Nobel Prizes so far. The students to faculty ratio in the university is 1:3. President of Caltech is Thomas F. Rosenbaum.

Princeton University is raked as 11th best university in America. It was established in 1746. It is well known for arts and humanities.Its alumni include US presidents Woodrow Wilson and James Madison and many other successful people. The graduate school offers advanced degrees Including the humanities, social sciences, natural sciences, and engineering. Doctoral education is available in most disciplines

Yale University is ranked 15th in the world. This is one of the oldest universities in US which is founded in 1701. This university has awarded the first PhD in the United States. The purpose of the Yale University is to improve the current world. It is also committed to improve the future of their students. they do this by conducting outstanding researches. They also give scholarships to the eligible students . Yale has worked there way to bring leaders to the society who works for all sectors of the society.

Johns Hopkins University has raked as 16th best University in the world. Not only that this university was the first research university that is established the US. It is well known for its courses in the faculty of life sciences and medicine. Currently Johns Hopkins University is playing a major role in the fight against COVID-19. According to first president, Daniel Coit Gilman, the aim of this university is ; The encouragement of research and the advancement of individual scholars,these scholars will improve the sciences they learn, and they will also improve the society with what the have learned.

Cornell University is ranked as the 17th  best university in the world. This university is the first to award degree in journalism and was the first among US universities to offer a major in American Studies. It is a privately endowed research university and a partner of the State University of New York. It is founded in 1865 and located in Ithaca, New York.

University of Pennsylvania is ranked as the 18th  best university in the world. It is  well known for the life sciences and medicine. It is founded in 1740 and total number of faculty members are 4722. Penn is one of the world’s most powerful research and teaching institutions, with a research budget of nearly $1 billion.

I am very passionate about food. This passion has lead me to study about food and learn the science behind it. Last few years I was studying about applied nutrition, where I have learned the ways we can use food to benefit ourselves. My other passion is tech.