Stock ROM Vs Custom ROM: Which one is better for your? 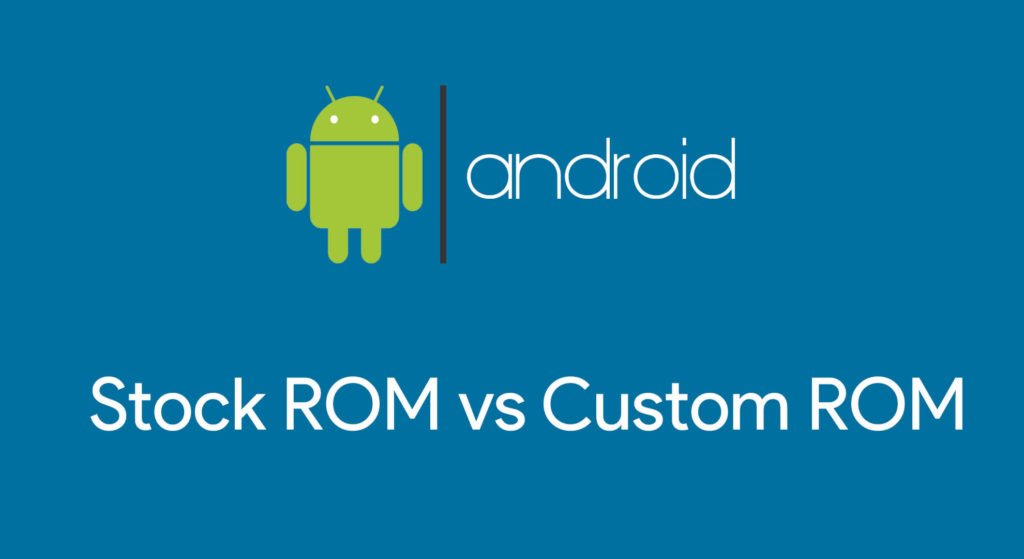 Since Android is an open-source operating system, every developer can customize it to suit their needs. This has led to increased use of custom ROMs, which have additional features and a new look. Before you go any further, the ROM of a computer is a READ ONLY memory, and the android ROM is the firmware. Just like the windows operating system Read More – Adding IR sensor for your Android Device | As TV/AC Remote

Custom ROMs are made by individual developers or a community of developers. The obvious difference between Stock ROM and Custom ROM is that Custom ROM gives you more control over devices. Read More – Boost Gaming Performance on Android Devices

Stock ROM – Why To Choose?

As I said before, STOCK ROM is a secure operating system that is customized by the company. So the devices are unique from other manufacturers

When it comes to STOCK ROM, we have a lot to talk about security. These are operating systems developed by reputable companies, so there is no room for malware, spyware, and other malware. This is also why most people don’t go for custom ROMs. As well-known companies, their main purpose is to ensure user safety, user experience, and privacy.

The company does not want to change their operating system. So if you change it, the warranty will be canceled. Not just custom ROMs. Another reason to cancel your warranty is to get root and root access. Read More:  What is root?

As we all know, stock ROMs come with preloaded apps from manufacturers, so a lot of those are very valuable and useful apps for us. These apps vary from manufacturer to manufacturer and device to device. For example, Samsung Galaxy S10 has a Bixby feature, a virtual assistant app just like the iPhone has Siri and Huawei has a Huawei Assistant and Google has a Google Assistant.

How to fix Samsung Galaxy A20s fingerprint Scanner not Working

How to turn on Download Booster in Samsung Galaxy A20e

One thing which Stock ROM does best is the Camera. Smartphones like Google Pixel, Samsung Flagships, Oneplus and HTC come with Top-notch algorithms and Image Processing which cannot be achieved by a third party Camera app. GCam or Google camera can click some good images but still, it is not better than Stock Camera apps.

Custom ROM – Why To Choose?

Custom ROM is a modified version of a pure Android operating system that is customized and managed by a community of developers or single developers.

One of the main points of custom ROM is the user with custom ROM which gives the ROOT access to their Android devices. Root access is simply a powerful option that gives complete control over their phones. Just like the administrator login in Windows, root access is the admin access for smartphones. StockRoom limits the ability to have full control over the Android device, where users are treated as guest users on their own smartphone.

Custom ROM is flexible to any extent and highly customizable. The user can even delete bootloader apps that he or she doesn’t want. Therefore, the performance of the android device can be improved.

One of the main reasons that People love Custom ROM’s is that of Mods. Frameworks like Xposed and Magisk manager work better on Custom ROM because of the less modifies Android OS. Apps like Android Pify and Substratum theme engine work great on custom ROM’s. Some Custom ROM’s have Substratum support out of the box.

So who won the battle of Stock ROM vs Custom ROM?

There are advantages and disadvantages of both stock ROM and custom ROM. So, it depends on your needs. If stock ROM can satisfy all your needs, you won’t need to go to custom ROM and you can stay with Stock stability & performance. But if you want more advanced features from your Device, you should go to a custom ROM.

How to fix Samsung Galaxy A20s fingerprint Scanner not Working

How to turn on Download Booster in Samsung Galaxy A20e